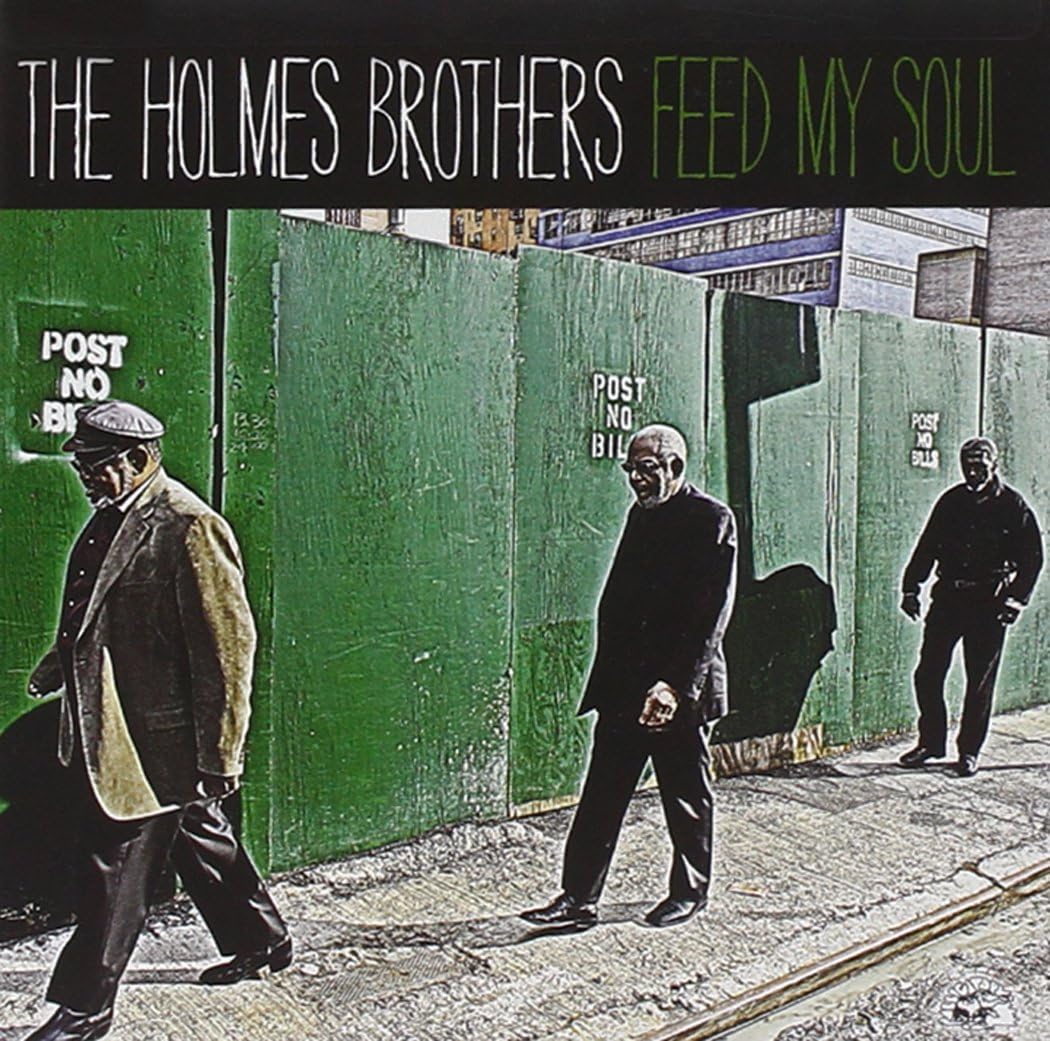 2010 release from the New York-based Blues veteans. Feed My Soul is the deepest, most original and satisfying album of The Holmes Brothers' career. It's a joyous, triumphant celebration of love, family and faith in the face of adversity, sparked by Wendell Holmes' recent victory over cancer. The album was produced by platinum-selling artist Joan Osborne, who produced the band's 2001 release, Speaking in Tongues.

Feed My Soul, produced by their longtime friend and collaborator Joan Osborne, is an album born from this harrowing experience. The songs deal with friendship, loyalty, family, aging, illness, as well as politics and the current state of the world, while still maintaining the patented Holmes Brothers sense of humor. Mostly though, the album is about triumphing over adversity, overcoming obstacles and, ultimately, it is a declaration of the power and faith of a strong and devoted family.

Feed My Soul features the band's exhilarating, spine-tingling harmonies, boundless energy and telepathic musicianship over the course of nine originals (the most they've ever penned for an album). The five fitting and perfectly executed covers include a poignant reinvention of The Beatles' "I'll Be Back" and the mesmerizing "Something Is Missing," a never-before recorded original by famed soul man John Ellison (writer of the classic "Some Kind Of Wonderful"). Opening with Sherman's worldly-wise vocals on "Dark Cloud," moving through Wendell's soulful singing on "Fair Weather Friend" and closing with Popsy's soaring voice bringing an emotionally fitting end to the album on "Take Me Away," Feed My Soul is a powerfully uplifting experience. It is by far and wide the deepest cycle of songs and most thematically linked body of work The Holmes Brothers have ever created.